When it comes to the X factor—or, at least, the “XY” chromosome—gift stores can differentiate themselves by carrying distinctive men’s gifts that guys can use and that are meaningful to them.

Men may be from Mars and women from Venus, but both genders appreciate items for themselves and their surroundings. To be sure, the days of randomly chosen neckties and “I-heart-Dad” mugs for Father’s Day are as outmoded as, say, a rotary dial phone.

Others agree that men’s tastes have evolved, and that the women who buy for them are likewise thinking beyond the tie or tchotchke. “People are looking for something that is not just a standard thing. We try to find fun things for the home,” says Brenda Dani, co-owner with husband Steve of Dixboro General Store in Ann Arbor, Michigan, who reports that the upcoming Father’s Day holiday is not an afterthought of Mother’s Day. “We really try to do it up.”

Todd Sheets, owner of Beeker’s General Store in Pemberville, Ohio, agrees.  “I think people still do barbecue or take Dad to dinner, but you also have to try to be creative because that’s what people are looking for. We are creating things that have more meaning,” he remarks.

To that point, things of meaning have emerged in recent years as big sellers for Father’s Day and other gift-giving occasions for guys. Jay Goldberg, chief executive officer of New York City–based Bergino, says that his company has fared with its nostalgic products, including replicas of the national anthem in the original Francis Scott Key handwriting, citations from the U.S Constitution and handmade baseballs in more than 20 unique designs. “Baseball and the Constitution—those are as American as it gets,” he points out, adding that baseball is probably more American than apple pie. “It takes you back to another time, and it becomes emotional. You remember your first baseball game.”

Likewise, Dan Hutchings, owner of Desperate Enterprises in Medina, Ohio, says that men’s heartstrings may be different than women’s, but the tug is the same. “Nostalgic has been our product range since we founded our company in 1987, but we have seen a recent rise in popularity,” he says.  In turn, Hutchings says the company is adding more nostalgic designs, including history and novelty images, with licensed properties ranging from U.S. automakers to John Wayne to venerable brands like Coca-Cola, Anheuser-Busch and Jack Daniels.

At Leawood, Kansas–based Demdaco, director of marketing Jody Donahue says that a new “This Moment” collection of frames includes designs for fathers and grandfathers. “We think of our dads as these big tough guys and forget that they have a sentimental side, too. Nice frames to display photos are great choices for dads with new babies and those whose kids are all grown up,” she says.

Storeowners can catch guys’ attention (and the eye of women who buy for them) with any number of nostalgic items. Joe Giordano, outdoor buyer for Mast General Store in Valle Crucis, North Carolina, says that one of his store’s swiftest sellers has been a line of Stanley insulated containers and bottles. “The $20 flask with the retro hammertone green look has been very popular,” he reports, noting that the look of Stanley products evokes fond childhood memories.

Seeking Shelter in the Man Cave

If a man’s house is his castle, as the saying goes, then gifts for the home are kingly in the men’s category right now. Items for traditional guy-centric spots like the garage, home office and basement are still big, but so are products for the garden, kitchen and bedroom.

If a castle is a good analogy, a humble cave might be an even better one. As many vendors who supply gifts for men can attest, the term “man cave” is hotter than ever.

In fact, Anne Secoy, vice president of product development for Ohio Wholesale in Seville, Ohio, recently ran a report on the company’s top-selling items and was taken aback at the findings. “For a long time, it was items with phrases like ‘Love is patient.’ All of the sudden, the top-selling item was man cave, with phrases like ‘What happens in man cave stays in man cave’ and ‘If need me, I be in man cave’. The man cave thing is huge,” she declares, noting that the theme resonates among men of different ages and backgrounds.

Home items that strike a chord among men also span kitchenwares, like grilling tools and accessories, cookbooks and aprons. Carla Arnold, import and product development manager for Lazart Production, Inc., in Gainesville, Texas, says that this year’s Father’s Day merchandise includes magnetic bottle openers embossed with fun phrases and a line of barbecue tools with hardwood handles and stainless-steel elements: “In today’s economy, people are entertaining more at home. What man doesn’t want to be the ‘king of the grill’ in his own household?”

Male shoppers also have a taste for food gifts, such as snacks, sauces and condiments.   Sheets, for his part, says that his store has become known for its custom food baskets; for Father’s Day, he reports that the hottest items—literally and figuratively—are spicy foods and accompaniments.

Retailers thinking outside the box for guys can also think outside of the actual home. “Men’s garden figurines and other garden items have been strong for us,” reports Sheets.  Meanwhile, at Dixboro General Store, Dani cites her shop’s outdoor lawn art that includes pieces fashioned from golf clubs and tools. “It looks like a whimsical flower, but with nine irons all over it. It’s something a wife would like and a guy would think is cool,” she explains.

Reeling in Sales with Traditional Icons

Even as different items for guys have opened up new possibilities for retailers, most businesses still offer tried-and-true merchandise related to favorite male pastimes like golfing, fishing, baseball, football, racing, hunting and other sports and hobbies. Indeed, these icons can also be known as “guy-cons.”

Still, what’s old is new in many ways. Dani, for her part, says that she thinks a new wine topper with a golf ball shows that today’s men can be wine connoisseurs as well as scratch golfers.

Finally, as the toll of the economic downturn continues in many areas of the country, price point remains a driver of sales in men’s gifts—just ask any business owner who has lived through the past few years. Boulder, Colorado–based Leanin’ Tree, for instance, offers boxed gift mugs and magnets that are both affordable and distinctive. “These are low-cost, functional gifts that have held up as fun, impulse sales items,” says Patrick Wallace, marketing director.

Likewise, even in an era of e-mail, stationery is a gift that is at once practical and thoughtful. A series of ManCards for the Thoughtful Gent is one example of a line that has found its niche. “Not every man writes thank-you notes or notes of encouragement, but when the economy is down, what better way to thank someone for a business referral—sure, they could send an e-mail, but the written word has great impact,” points out Kara Magrin, president of the Aurora, Colorado, company.

To engender customer interest, it helps to appeal to both genders for Father’s Day. Sure, a gift ultimately must be appreciated and used, but it’s typically women who buy the presents for the men in their lives and their children’s lives. Keeping that in mind, storeowner Brenda Dani, says she “softens” displays for Father’s Day by also incorporating greenery and home decor items that are gender neutral, rather than make an area overly masculine.

To spread the love, so to speak, here are some other tips for creating displays that warrant a closer look or a second look from both female and male buyers:

Really feel it: People use all of their senses when shopping, so tap into their sense of touch by setting out items that practically call out to be picked up. For Bergino’s collection of handmade, retro baseballs, Jay Goldberg eschews traditional acrylic boxes. “A baseball is meant to be held and touched—that is the beauty of it,” he says. Customers can use that sense of touch to check out the quality and usefulness of a host of other items, like grilling accessories or garden tools.

Gauge the age: The generation gap may not be terribly huge among men, but keep in mind that there are differences between older men and younger men. What sells for dads in their 20s and 30s may not work for those who are older. Kara Magrin, president of ManCards, has found that younger men take active interest in things, and are more likely to write their own notes and hence appreciate gifts like stationery and note cards. Meanwhile, guys who are mature, even those just north of 30, are a target audience for nostalgic items.

Devoted to Dad: Like Halloween and Christmas, Father’s Day can be merchandised in special occasion displays to immediately attract the attention of shoppers on a mission. When grouping together like-themed, masculine items in a special section, table or other display, it’s a good idea to mix in greeting cards and even some food items. If showcasing foods, whip up some samples for customers to whet their appetite in more than one way.

Lynn Petrak, a La Grange, Illinois, writer, recently gave up a storage room in her basement so her husband could build his own man cave with model trains and accessories. 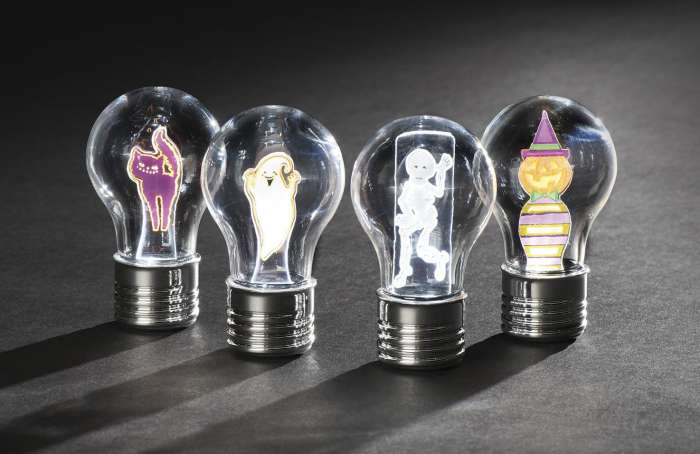 Halloween Lights Sure to Get Glowing Reviews 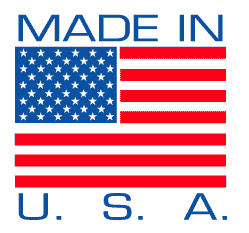 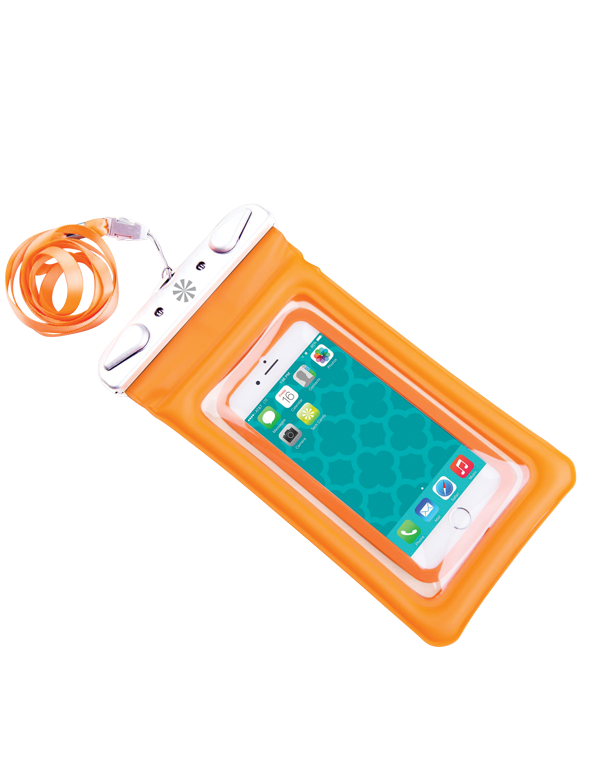 A Case for Technology