Among multi-channel retailers that rely on mailing everything from full catalogs to postcards to prospect for and draw customers to stores or ecommerce sites, the U.S. Postal Service’s (USPS) proposed rate hike of 5.9 percent, the largest since 2007, has driven many to evaluate less expensive alternatives. With the Postal Regulatory Commission (PRC) having up to 90 days to rule on the proposal, the price hike could go into effect as early as January 27, 2014, if approved.

In an open letter posted on its site, the American Catalog Mailers Association (ACMA) further warned that the PRC can apply the increase differentially to each class of mailer, which could include a surcharge on Standard Flats used to send full sized catalogs that could be as high as 10-12%.

For many multi-channel retailers, simply paying the higher mailing rates is not an option. Instead, early feedback suggests that many intend to reduce catalog circulation and send frequency, or turn to less expensive forms of mailing such as mini catalogs, or digital promotion methods including search, email, display and social media advertising.

The rate hike was recently proposed by the USPS Board of Governors as part of an effort to close a USPS $20 billion dollar budget gap. It goes beyond an annual Consumer Price Index increase of 1.6 percent to include an extra 4.3 percent “exigency” hike above the inflation rate.

Such a rate hike, if approved, “will do real damage to an industry still struggling to adjust to the exorbitant 2007 rate hike where many companies are struggling mightily, mail volumes are depressed, and the availability of quality names to mail is diminished,” writes Hamilton Davison, President and Executive Director of the ACMA.

In the face of the proposed postal rate increase, with the possibility of even higher rates on full sized catalogs, some catalog mailers are weighing alternatives. One option is so-called “Mini “Slim” Catalogs.” Despite having fewer pages, mini catalogs allow companies to cut production costs without sacrificing circulation or frequency.

Though not considered a replacement for full-sized catalogs, mini catalogs can be used on a case by case or supplemental basis to fill the void of a catalog that otherwise might not be sent due to increased postage costs.

Mini catalogs mail at the cost of a standard automated letter and provide up to ten pages to promote products. They can cut mailing and production costs by a third, helping to offset the increase in mailing costs. They can also be as effective as larger catalogs in response rate as well as driving customers to company websites.

For multi-channel retailers mailing postcards or several page mailers, the mini catalogs can provide more pages and promotional real estate at similar cost. The result is greater promotional impact that will help to offset the proposed USPS price hike.

“We’re getting about a third better response with our mini catalogs than with our previous catalogs, and a much better response than our previous postcard mailings,” says Elizabeth Johnson, a graphic designer involved with marketing for Germantown, Md.-based Browning Pools & Spas, which has two retail stores and has designed, built, and maintained swimming pools in the state for generations.

With retail sales hit by the recession, Browning Pools & Spas was looking to improve sales.

“When the economy started south, we didn’t want to cut back on our direct mail but had to look for more effective ways to keep our company visible to customers,” says Johnson.

According to Johnson, in the past the company had relied mainly on postcards and a six-page, locally produced catalog for promotion, but these had drawbacks.

“Because the six-page catalog was a bit too costly to print and mail, we limited it to two mailings a year,” says Johnson. “With its wafer seals, the catalog too often arrived in the mailbox torn with bent corners, and was hard to open. Postcards were somewhat effective, but only if done over and over; after weighing their cost, postage, and promotion area, they weren’t much bang for the buck.”

When Johnson turned to a ten-page Mini “Slim” Catalog, she found it more spacious and less costly to produce and mail than the previous six-page, locally produced catalog. “We’ve expanded our promoted products and services to customers with the mini catalogs,” says Johnson.

While initially hesitant to produce the mini catalogs non-locally, she credits B&W Press, a Georgetown, Mass.-based printer specializing in direct marketing, for helping to streamline her designs and providing hard copy proofs that allowed her to see what their printed colors would look like before going to press. The printer also worked with her to maximize Browning Pools & Spas’ promotional exposure to customers at a reasonable cost.

“We’re now producing and mailing ten-page mini catalogs three times a year during each of our two peak seasons for less than the cost of mailing our previous six-page catalog twice a year,” says Johnson. To achieve this, Johnson says the printer typically prints a full run, then breaks it into three separate mailings, mailed about two weeks apart during the critical spring and fall seasons.

According to Johnson, customers have responded since Browning Pools & Spas began mailing the mini catalogs.

“For Labor Day, we featured some of our hot tubs in a mailing and we’ve made quite a few sales less than a week after they hit mailboxes,” says Johnson. “When you’re selling right away, it’s a good sign. Pool renovations are also doing really well this year.”

Johnson says that when Browning customers bring the mini catalogs into retail stores, some use them like a shopping list and circle the items or promotional deals they want.

“With the added space and promotional repetition, we’re cross promoting a complementary range of products and services. We’re promoting on a much larger scale and getting a much bigger bang for our buck,” says Johnson.

While Stafford’s, a Thomasville, Ga.-based fine hunting and casual apparel retailer, had mailed out a full catalog to customers for decades, a few years ago it quit doing so due to the rising cost of postage, production, and suppliers who failed to fulfill its order.

“Suppliers wanted my order six months before we produced our catalog,” says Warren Stafford, owner of Stafford’s. “We’d get supplier samples, do copy, photos, and allocate catalog space, but some suppliers wouldn’t ship us product so we’d have to cancel our customers’ orders. I was doing a lot of work to pay back all that postage and printing.”

When Stafford quit his full catalog, his retail sales took an expected hit. In response, to jumpstart his online sales, he turned to Mini “Slim” Catalogs by B&W Press.

“With the mini catalogs, I’m able to highlight up to ten pages of the key items I want to sell at roughly a post card rate,” says Stafford. “They drive people to our online catalog, which matches what we have in stock. My postage and production costs have gone down dramatically, and our bottom line keeps improving.”

“We’re more competitive on pricing so we’re able to offer free shipping on larger Internet orders, which was price prohibitive when we used full-sized catalogs,” adds Stafford. “Our online retail sales keep growing, and we hope they will soon outgrow our in-store sales.” 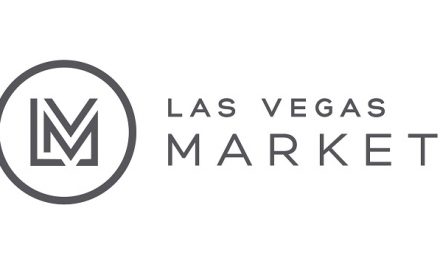 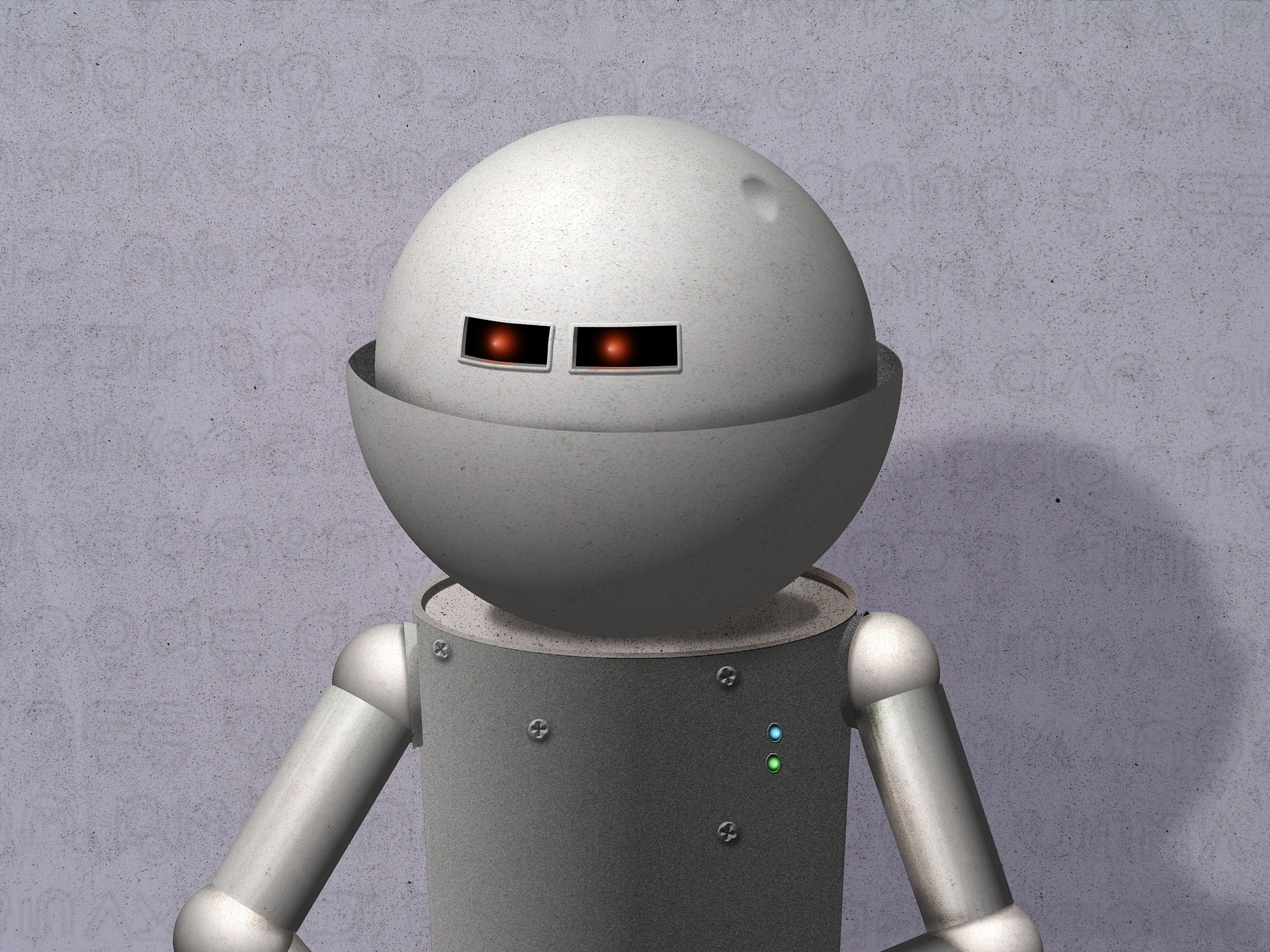 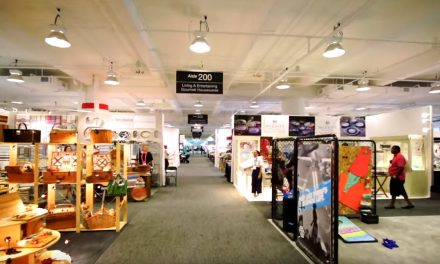