“High tax rates have been a long-standing concern and significant burden for small business owners,” said Holly Wade, Executive Director of NFIB’s Research Center. “The majority of owners report high business taxes impose both a significant financial and administrative burden to their businesses. It is crucial that Congress and the administration protect policies that ease those burdens on small businesses, such as making the Small Business Deduction (section 199A) permanent.”

Nearly all owners (91%) reported using a professional tax preparer to file their most recent tax returns. Sixty-five percent reported they were most likely to use a tax professional for compliance-related reasons and 59% said the complexity of tax laws was also a major factor.

Most small business owners (52%) plan to sell their business when it’s time to move on and a third (33%) plan to pass it on within the family. If capital gains tax were assessed on inherited business assets, almost two-thirds of owners believe surviving family would sell part of their business or take out a loan to pay the tax.

Respondents were fairly distributed across revenue bands, with the median respondent earning $400,000 – $749,999 of revenue in 2020. However, net income was much more concentrated on the lower end of the spectrum with the median firm retaining $50,000 – $100,000 in 2020. A greater share of respondents experienced net income declines.

Most owners (78%) described the 2017 tax law as having a favorable impact on their business. Nearly half of respondents (48%) reported that uncertainty from the expiring provisions in the new tax law is impacting their business plans.

A majority of pass-through respondents (54%) were at least somewhat familiar with the Small Business Deduction (section 199A). Seventy-eight percent of owners reported that a majority of their total household income comes from their primary business.

Majority of respondents said they legally structure their business as an S-Corp (47%) followed by LLCs (27%) and C-Crops (17%). For federal tax purposes, LLCs file as S-Corps (31%), sole proprietorships (31%), and partnership (27%). Most owners with C-Corps structure their small business as such because it’s always been that way (legacy, 37%) or for liability purposes (37%). 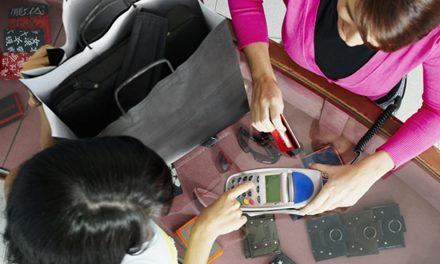