The Mast General Store — a retail mainstay for more than a century — is a mom-and-pop entrepreneurial powerhouse that’s earned a national reputation. The main store is located in Valle Crucis, North Carolina, but over the last 40 years, the company has been so successful that it has opened eight branch stores in three states.

A Legend Is Born

The fascinating success story began in 1883 when Henry Taylor opened the Taylor General Store. The shop contained sufficient basic commodities to satisfy the community’s needs, but what started as a small store turned into the heart of the town. In 1897, when William Wellington Mast bought half interest in the enterprise, its name changed to the Taylor and Mast General Store. It remained so until 1913 when Taylor sold his half of the store to Mast. Since then, it’s been known as the Mast General Store.
The Mast family operated the store for the next six decades and expanded it to the point that it became the one-stop-shop for the local community in Valle Crucis. Stocking almost everything from cradles and caskets to cloth, townspeople would say of the store, “If you can’t buy it here, you don’t need it.”
The store had by then become the gathering place for the town, serving diverse needs besides shopping. For instance, it was the go-to place for folks who wanted to trade their herbs for store credit. It also provided an office place for Dr. Perry, who was one of the first doctors in Watauga County. The store’s importance is underscored by the fact the entire community gathered there to mourn and honor their loved ones lost in the Flood of 1940.

Building on a Strong Foundation

The Mast General Store remained one of the longest-term retailers of Standard (Exxon) Oil after William Mast signed a contract with Standard in 1930 to sell gas at the store. The oil company promoted the store via its travel magazine and also helped it get listed on the National Register of Historic Places in 1973 as one of the best remaining examples of an old country general store.
In 1973, William’s grandson sold the store to a professor at Appalachian State University and a doctor from Atlanta. But unfortunately, the next few years weren’t good for the store. On the brink of closing in 1978, local residents and even Exxon itself banded together to preserve the historic landmark.
The efforts bore fruit and John and Faye Cooper purchased the store in 1979, setting the stage for a new whole generation of prosperity. When the young couple from Florida learned that the store was for sale, they knew exactly what they had to do. They were among its loyal customers and had always been fascinated by its down-to-earth personality. Its creaking floorboards and high wooden walls laden with old posters were too compelling to ignore.
The Coopers moved their young family into the top two floors of the store and set out on a long journey. They wanted to make the store useful to the community once again, so they chose the best way to do so — by listening to the locals whenever they stopped by to see the prep work going on for the store’s relaunch.
The couple also got in touch with the Mitchell Powers Hardware Co., which had served the old store for decades, to see what merchandise would be suitable for the store. When they reopened the shop on June 3, 1980, they had enough goods to serve not only the local community, but also those from afar.

“The Store That Has Everything”

The store’s vast collection included almost everything one could imagine: milk, bread, feed, berry baskets, chicken scratch, mouse traps, cast iron, tin pails, nuts, bolts, nails, washboards, overalls, locally made bonnets, and more. As word spread about the historic store’s rebirth, more and more residents started coming back in. Due to the tireless work of the Coopers, the store soon regained its reputation as “the store that has everything.”
News articles both local and from distant places celebrated the store’s reopening. Although every printed piece played a role in directing tourists towards the historic store, two articles published in late 1986 and early 1987 contributed the most. The first one was a Southern Living short story, while the second and more influential one was a syndicated column by travel journalist Charles Kuralt.
Kuralt’s article began, “Where should I send you to know the Soul of the South? I think I’ll send you to the Mast General Store.” And it wasn’t long before the store became known across the United States. The word reached to the couple’s former hometown of St. Petersburg, as well as every nook and corner of the country. Tourists wanting to slow down were getting their tickets for time travel at the Mast Store, with most carrying a copy of Kuralt’s article. Never in their dreams had the Coopers thought that their store would become so important to the folks from other parts of the country as it was to the Valle Crucis community. As one would expect, new Mast Stores started appearing in the 1980s. 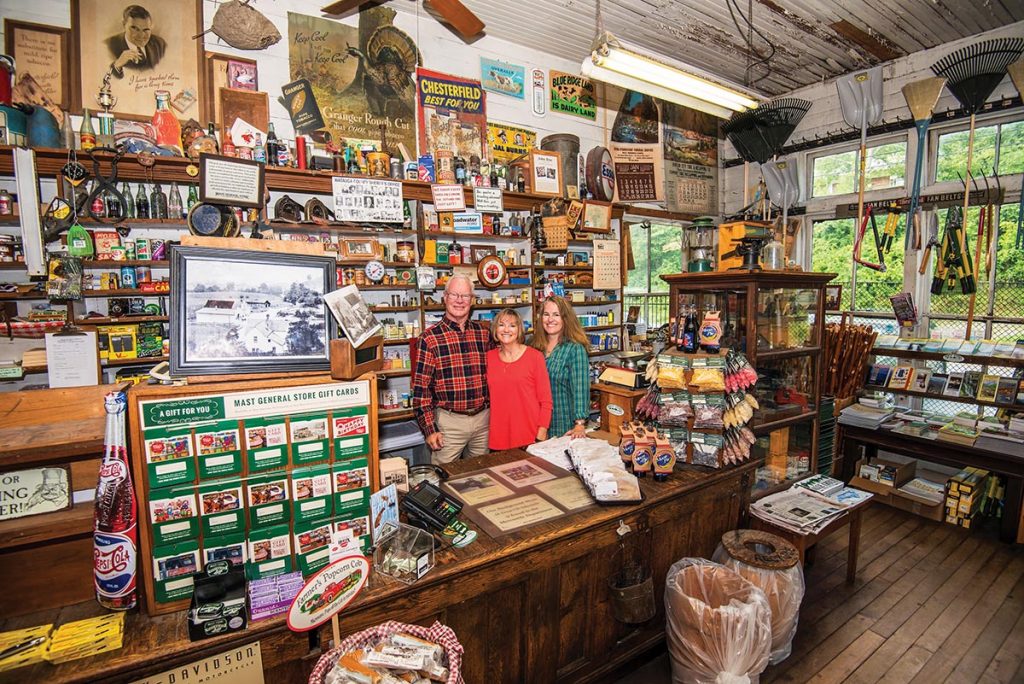 The first addition to the Mast Store Family came in 1982 at the Mast Store Annex, located just blocks away from the original store. The couple moved some of their stock to the Annex, kickstarting the fashion department. Just three years later in 1985, they added the Outdoor Department to the upstairs portion of the Annex. Initially started as a diversion for men while their better halves shopped for clothing, it soon grew way beyond that.
Mast Store’s Old Boone Mercantile, located just eight miles away from the Valle Crucis store, opened in 1988 so the Coopers could divert some of the traffic from their original store. In 1989, the Little Red Schoolhouse located behind the Valle Crucis Methodist Church became part of the Mast Store family. The place once famous for being the county’s only high school in the early 20th century is today famous for hosting special sales and events year-round.
The next addition to the Mast family of stores occurred in 1991, this time in the town of Waynesville. After that, it was Hendersonville, where the store’s outpost was established in 1995 in the historic 1905 Syndicate Building.
In 1999, a Mast Store opened in Asheville in a Biltmore Avenue building dating to the 1940s. After covering North Carolina, the next stop was Greenville, South Carolina, where a store launched in 2003 in an old building once home to famed retailer Meyers-Arnold.
The next stronghold opened in 2006 in Knoxville, Tennessee, in a building with a long retail history. After that, the Coopers set their eyes on a state capital. In 2011, they opened their doors in downtown Columbia, South Carolina, in a building with a history stretching back to the 1870s. The newest “old” addition to the growing family of stores took place in May 2015. This time it was the old Brown-Rogers-Dixson Hardware Store building, which was originally established in 1928 on Trade Street in downtown Winston-Salem.
While expanding their locations, the Coopers kept their growth cautiously paced. Every time they moved to a new “old” place, they took their time to understand the community before establishing themselves, waiting an average of three to five years before opening another store.
Besides carefully controlling its growth, the store has moved toward sustainability. Although it’s not easy to become truly sustainable, Mast General Store has strived to reduce its impact on the environment while retaining productivity. The Coopers avoid the need for new construction by using old buildings and existing infrastructure. They also offer incentives to their employees for alternative transportation such as carpooling, biking, walking, and taking public transportation to work. To balance the carbon footprint for their deliveries, they contribute to green energy sources. Almost all fixtures are created in-house of reclaimed wood or lumber taken from sustainable forest sources. The fluorescent light bulbs are recycled, and so is the waste from paper products, cardboard, glass, plastic, and metals.
The Coopers also make it a priority to give back to the communities around them. The store pays its employees for up to eight hours of volunteer time each year, which they can spend with any group they’re passionate about. In addition, the store generously donates and encourages monetary donations by regularly organizing charity events.
What’s more, John and Faye Cooper have solved the store’s ownership dilemma faced by previous owners. To keep the store’s traditions alive, they have passed some of the ownership to those who deserve it the most — the workers. Although the Coopers and their heirs will continue to have a stake in the company, the employees will share in ownership. That’s undoubtedly the best way to ensure the legacy that began more than a century ago endures. 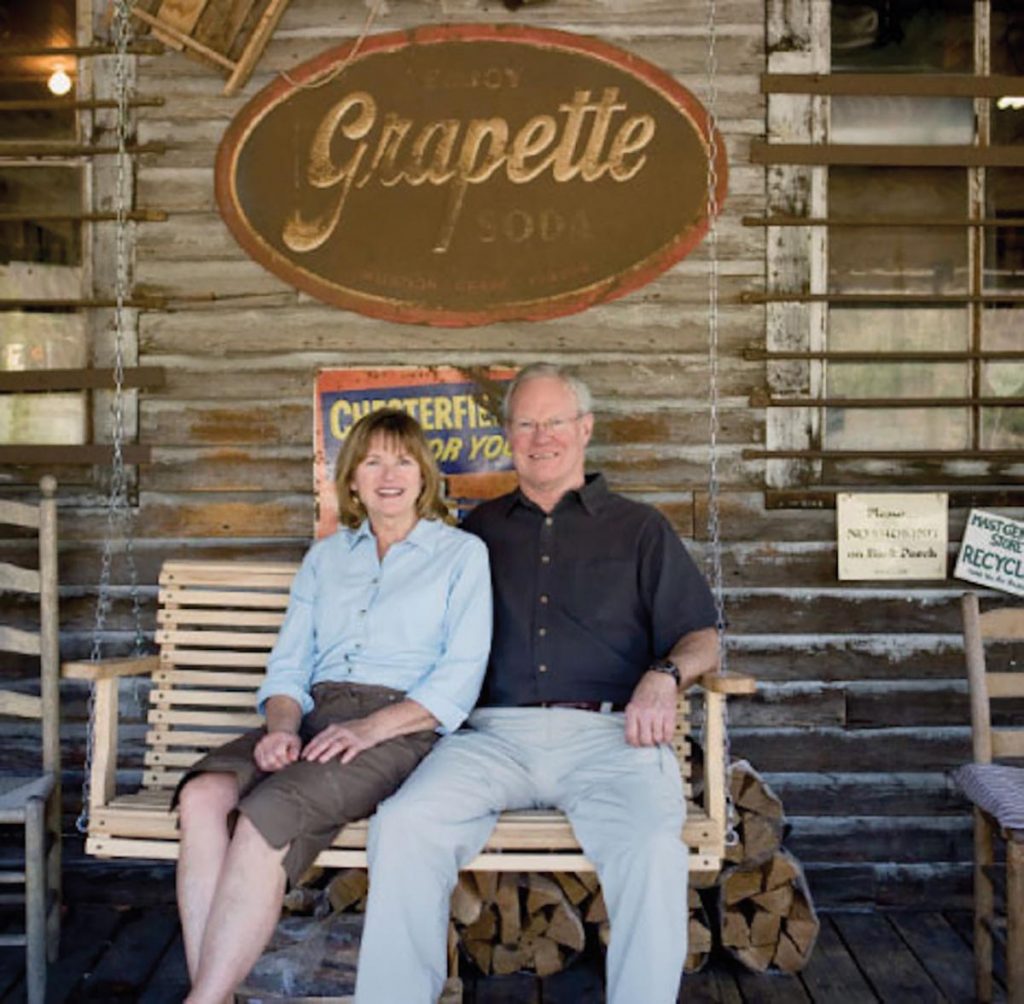 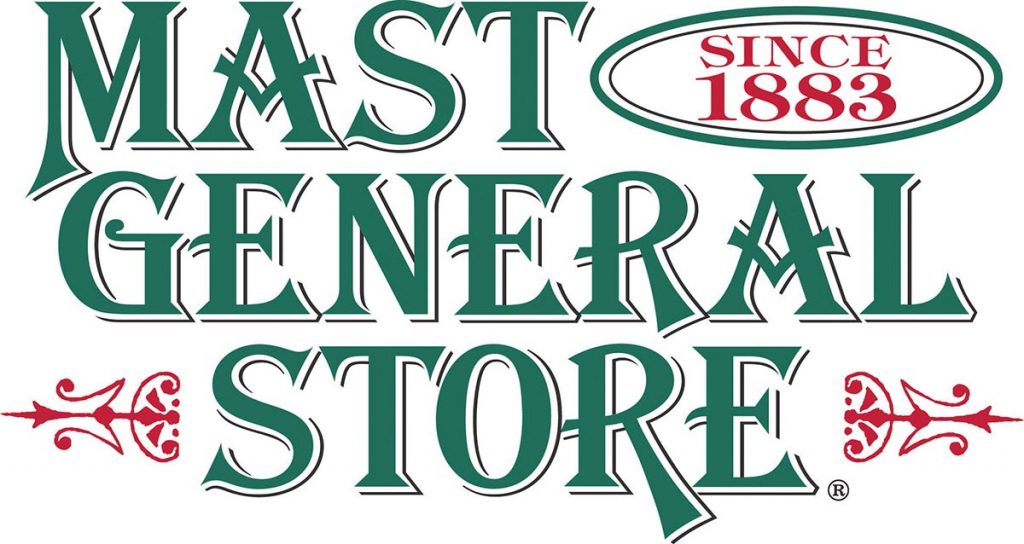 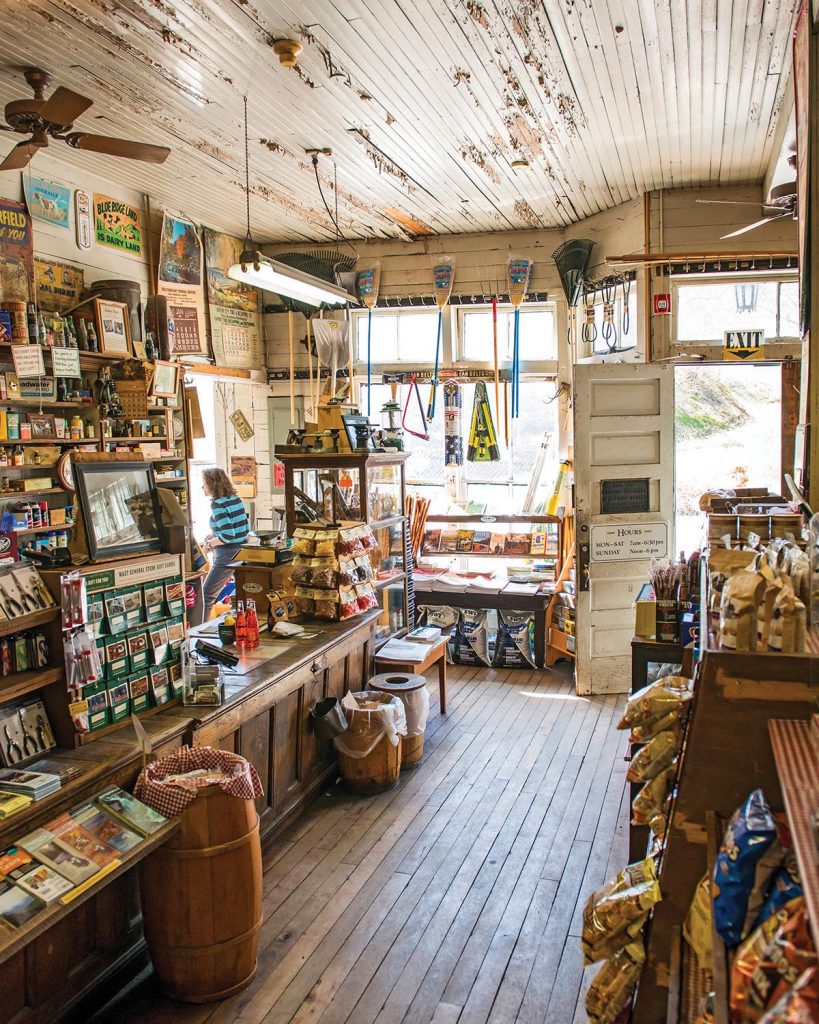 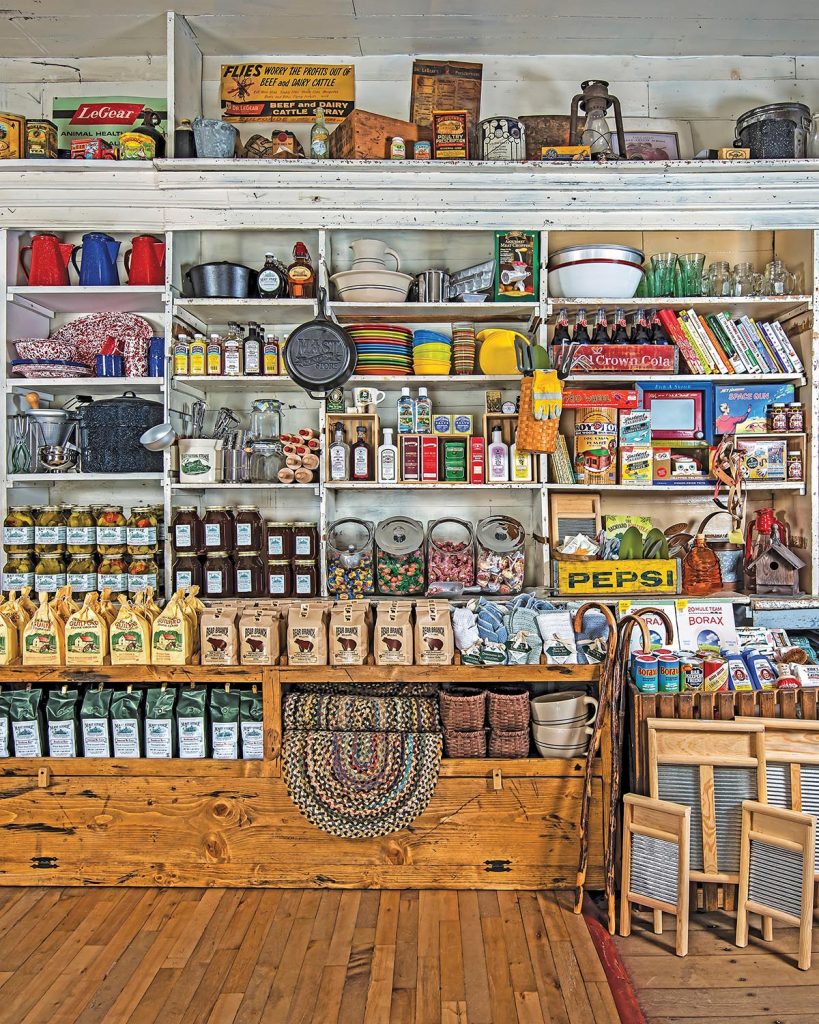 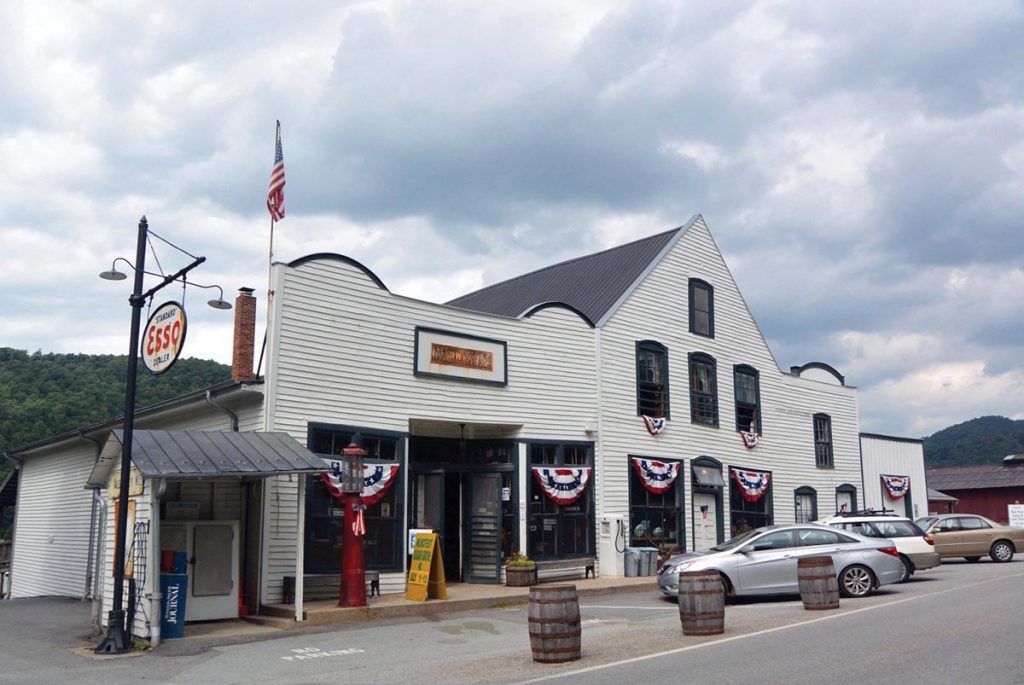 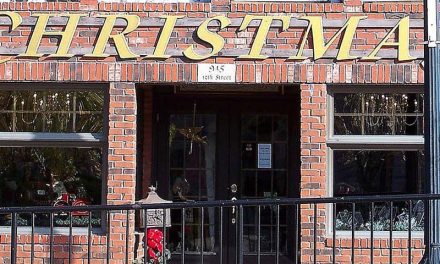 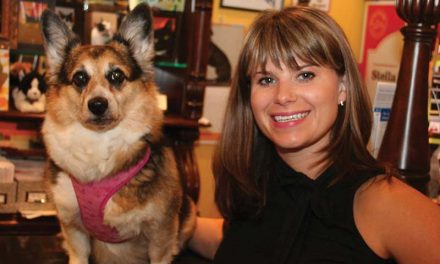 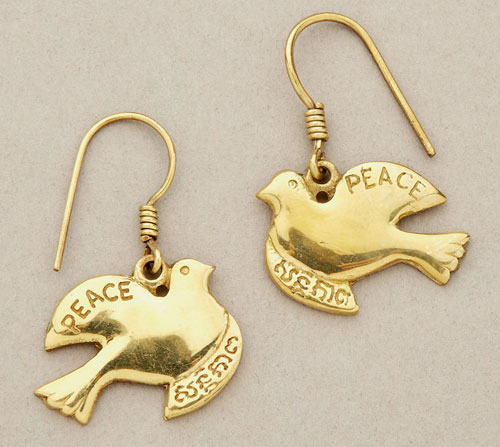 Ten Thousand Villages Wholesale: Every Product Is a Miracle 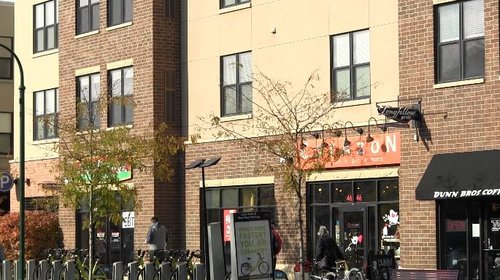 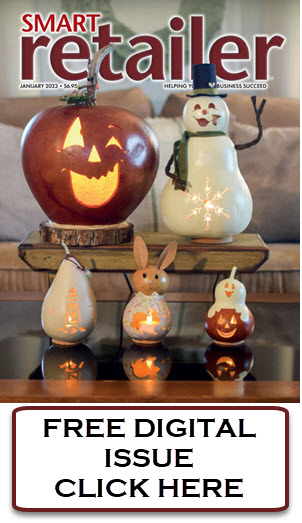